Many of the sites on Chester City Walls are grade I listed as well as a Scheduled Ancient Monument forming one of the most complete city walls in the UK. 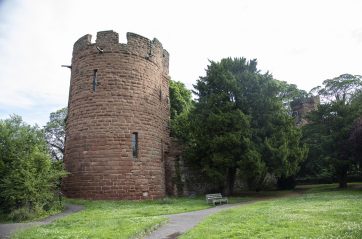 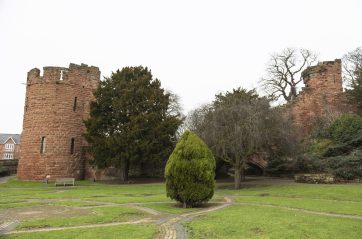 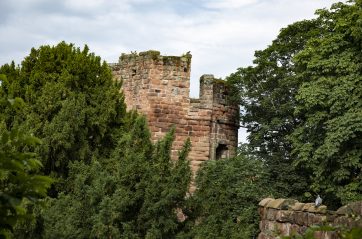 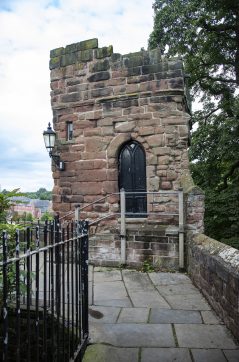 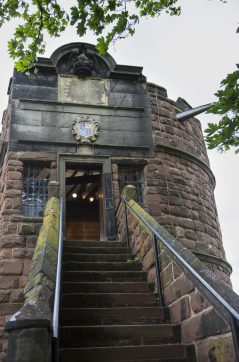 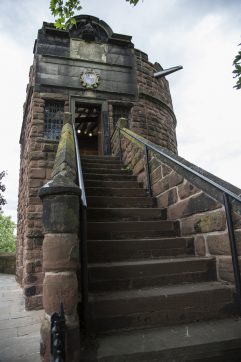 Chester generated its own clean carbon free electricity for almost half of the City’s electrical needs from 1914 to 1949 from the Hydro Electric Building on Castle Drive next to the Old Dee Bridge and opposite the University of Chester’s Riverside site.  This building, currently unused and redundant, is being proposed as a Hydro Hub; a focal point for residents, schools and visitors to learn about what a low carbon world will look like and how all aspects of our lives will change as new technologies remove emissions from our industry, commerce, agriculture, homes, transport and food.

Plans for the Hydro Hub will be prepared during 2021 after which funds will be raised so that the building can be redeveloped and the visitor and education centre will open.  A new Community Interest Company called Cheshire Heritage and Sustainability Enterprises CIC, or “CHASE”, has been set up to create and manage the Hydro Hub, partnering with local businesses and the council. CHASE is already working alongside Cheshire Historic Buildings Preservation Trust to develop designs and plans for operation as an education centre for schools, residents, visitors and potential new business investors. 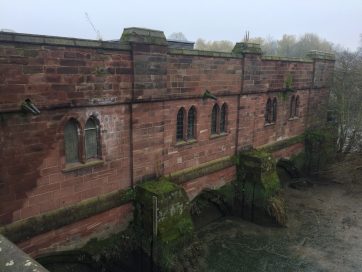 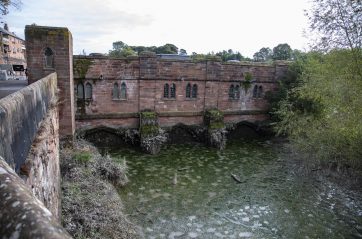 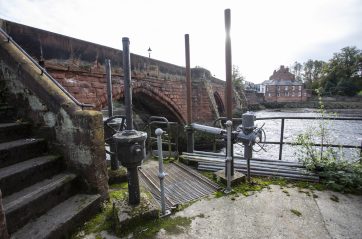 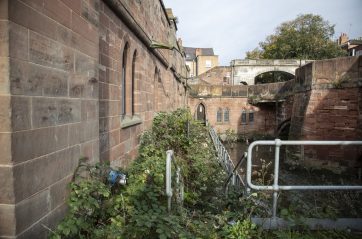 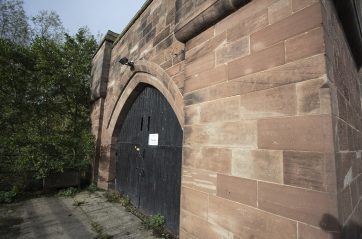 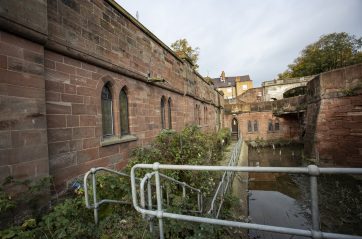 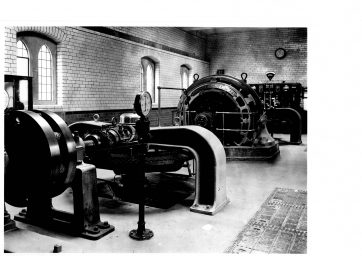 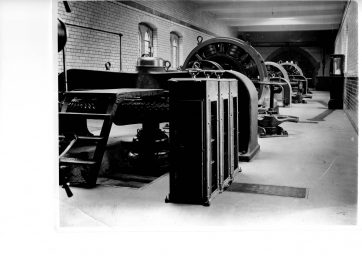 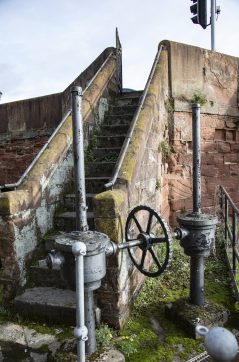 Formerly listed as Cross and old lock-up, the cross, base and lock-up is 18th or early 19th Century, built in Yellow sandstone ashlar. Square base of nine steps with flat wall in place of rear five steps and central doorway (now blocked) to lock-up incorporated within. Cross on top with square shaft and slightly wedge-shaped arms and head.

Work will renovate the structure and provide interpretation boards for information about the cross, base and lock-up. 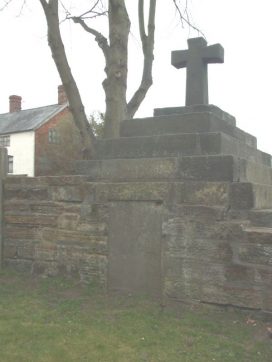 The Grade II listed stocks at Barton are likely 17th Century, from a time when public spectacle was local and used as a form of discipline. Very few remain in the UK. The stocks need restoring and consist of rectangular uprights of stone grooved for stocks, oak boards with semi-circular tops and a stone block as a seat. Located on the south side of Barton Road, Barton they were used 1700-1799, built before 1724 and restored after 1980. There is a record of stocks being bought which, with their irons and locks cost 19/6d. In 1724 the ‘stocks were returned’ from Farndon and restored on the original site.

Stocks were used as a form of punishment in towns and villages from medieval times to the 19th century. A person would be placed in the stocks and fastened by their ankles and subject to public humiliation. This often involved locals throwing rotten fruit and vegetables at the offender. Interestingly, stocks were never formally abolished and continued to be used, albeit less so, until the late1800s.

The stocks at Barton are of national interest and are listed at Grade II. They have been restored in the twentieth century and remain an excellent example of how punishment, usually for crimes such as swearing or drunkenness, were administered.

The stocks were last surveyed, as recorded by the council, in 2007. They remain in relatively good condition despite vegetation growth making them invisible to passers-by.

Vegetation encompasses the asset completely. This is predominantly ivy which has trailed over the stone. Some stalks are beginning to merge with the asset and specialist removal may be required. The right-hand stone is completely covered in vegetation, not easily moveable. Several other small trees and plants are also growing around the asset, mostly affecting the right-hand stone.

In their present situation the stocks cannot be appreciated in the same way the stocks at Great Budworth can, as seen below bottom left. Situated on the side of Barton Road, a busy 60mph road with no pavement, the stocks continually experience overgrowth by the surrounding vegetation hiding them from an already limited public view.

Barton Stocks need revealing again and the completion of a proper retaining setting for them which indicates and highlights the importance of the stocks for generations to come.

Barton stocks are mentioned in ‘Farndon: The History of a Cheshire Village’ by Frank A. Latham (Ed.) ‘[p.34] There is a record of stocks being bought which, with their irons and locks cost 19/6d. In 1724 the ‘stocks were returned’ (it is not known from where)…Possibly it may be thought that they had been so effective in Farndon that they had been lent to less fortunate neighbours in an attempt to curb local crime. [p.105]… it is pleasing also to note that the village stocks have been restored on the original site. [Note: a pencil sketch of the stocks appears on p.14]’ 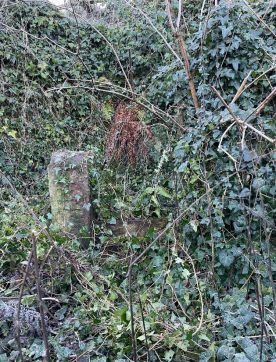 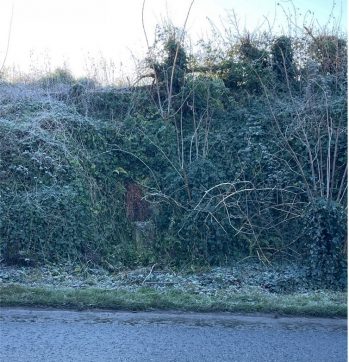 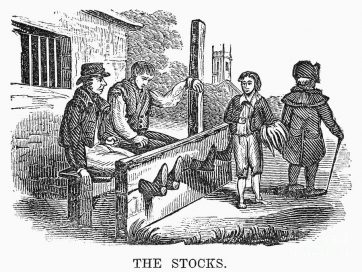 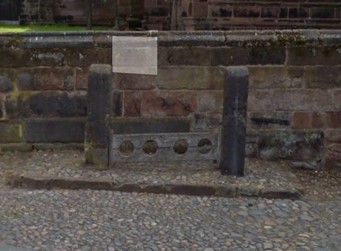 A Grade II listed boat-building shed which has been on the Buildings at Risk register for nearly 30 years.

The Flat Shed is a covered slipway and workshop in which broad beam barges called Mersey ‘flats’ were built and repaired. It dates from 1892/3 and was part of an extensive boatyard owned and operated by the Shropshire Union Railway and Canal Company.

The open frontage facing the canal was bricked up many years ago, and the floor was levelled off so that the building could be used for storage purposes. It has been empty and derelict since the 1980s and is showing increasing evidence of decay and neglect. Such is the state of the building that it was deemed to be at ‘extreme risk’ in a survey carried out by Chester City Council 25 years ago.

The Flat Shed is significant because of its history in boat repair on the canals of Cheshire. 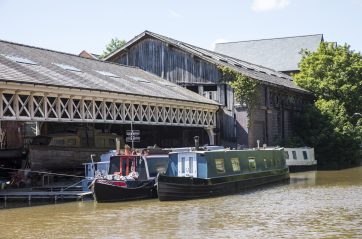 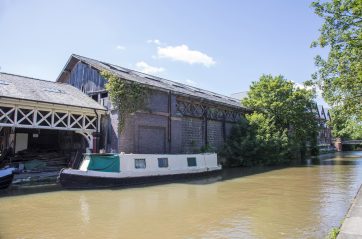 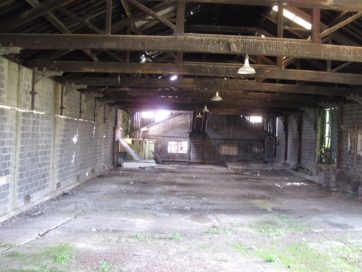 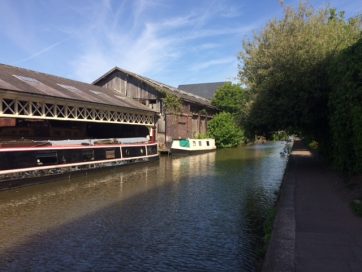 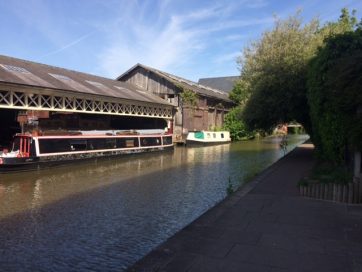