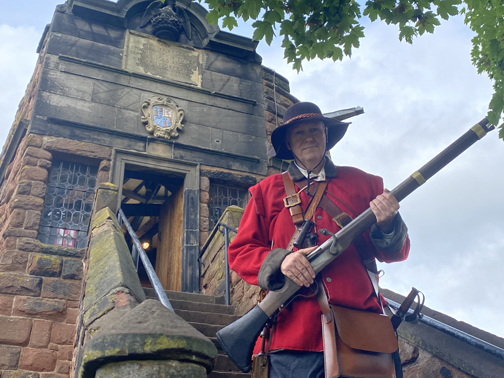 King Charles’ Tower on Chester City walls was open to the general public over two weekends in September , a rare treat.

Visitors were able to tour the two-storey tower free of charge, courtesy of volunteers from Cheshire Historic Buildings Preservation Trust (CHBPT) and learn more about its fascinating history and restoration in 2013. Mike Graham, English Civil War Re-enactor entertained visitors and enriched the experience.

Tony Barton, Chair of Trustees for CHBPT said: “We had over 800 visitors go round the two floors of the Tower and leave generous donations for the work of CHBPT. This is probably the first time the Tower has been open to the public for over four years. Mike Graham was a fantastic addition for visitors and the children loved him, he really brought some of the history of the Tower to life.”

Jane Harrad-Roberts, a Volunteer at CHBPT added; “Many visitors thought we’d opened the Tower to honour the new King Charles III but it was coincidental. However, if he or Prince William the new Earl of Chester choose to visit soon, I’m sure we can open the Tower again for them.”

Visitors were asked for a voluntary donation to the work of Cheshire Historic Buildings Preservation Trust. 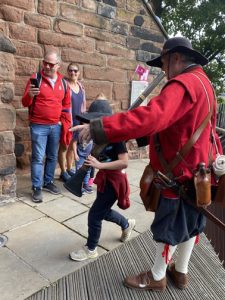 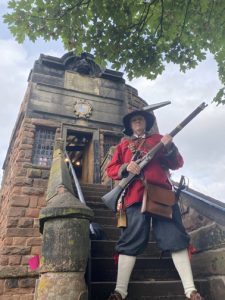